Neuroendocrine cancers occur when neuroendocrine cells stop working normally. They can start to grow uncontrollably and may produce and release abnormal levels of hormone.

Less than half of all Neuroendocrine Cancers are associated with abnormal hormone release.

Hormones are necessary for many of the body’s normal activities to occur. They are vital to our growth and development, our appetite and digestion, activity and sleep – and also play a role in our immune response and mental health.

If our hormone levels are abnormally increased or decreased this can result in a number of symptoms or syndromes occurring that can affect both our physical and psychological well-being.

According to the Society for Endocrinology:

A hormone is a chemical that is made by specialist cells*, usually within an endocrine gland, and it is released into the bloodstream to send a message to another part of the body. In the human body, hormones are used for two types of communication: The first is for communication between two endocrine glands, where one gland releases a hormone which stimulates another target gland to change the levels of hormones that it is releasing. The second is between an endocrine gland and a target organ, for example when the pancreas releases insulin which causes muscle and fat cells to take up glucose from the bloodstream.

https://www.yourhormones.info/hormones * specialist cell refers to both endocrine and neuroendocrine cells.

Neuroendocrine cells can communicate with each other in the same way as explained above. So although hormones can circulate throughout the body, coming into contact with many different types of cell, they can only affect cells that have specific hormone receptors.

In short – the sender is the cell or gland that makes the message (the hormone) – and the message has to reach the right recipient (target cell or gland) – for ‘normal’ health / function to be maintained.

Cells may have many receptors for a specific hormone or receptors for more than one type of hormone. The number of receptors may also change over time – either increasing or decreasing the cell’s sensitivity to a particular hormone. 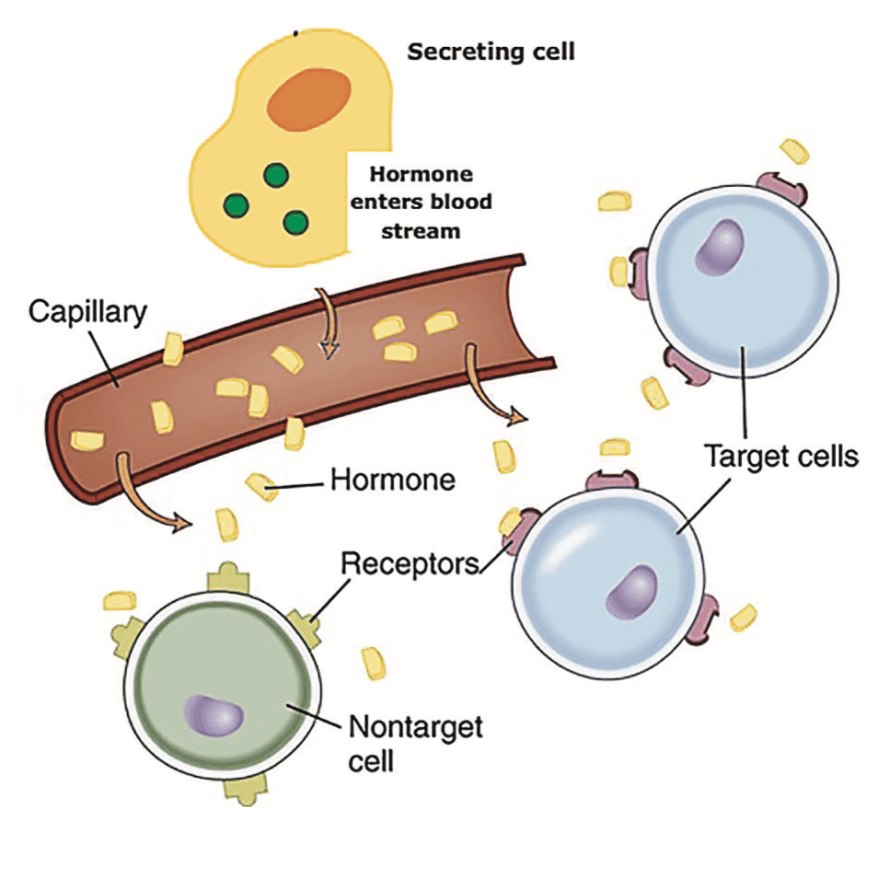 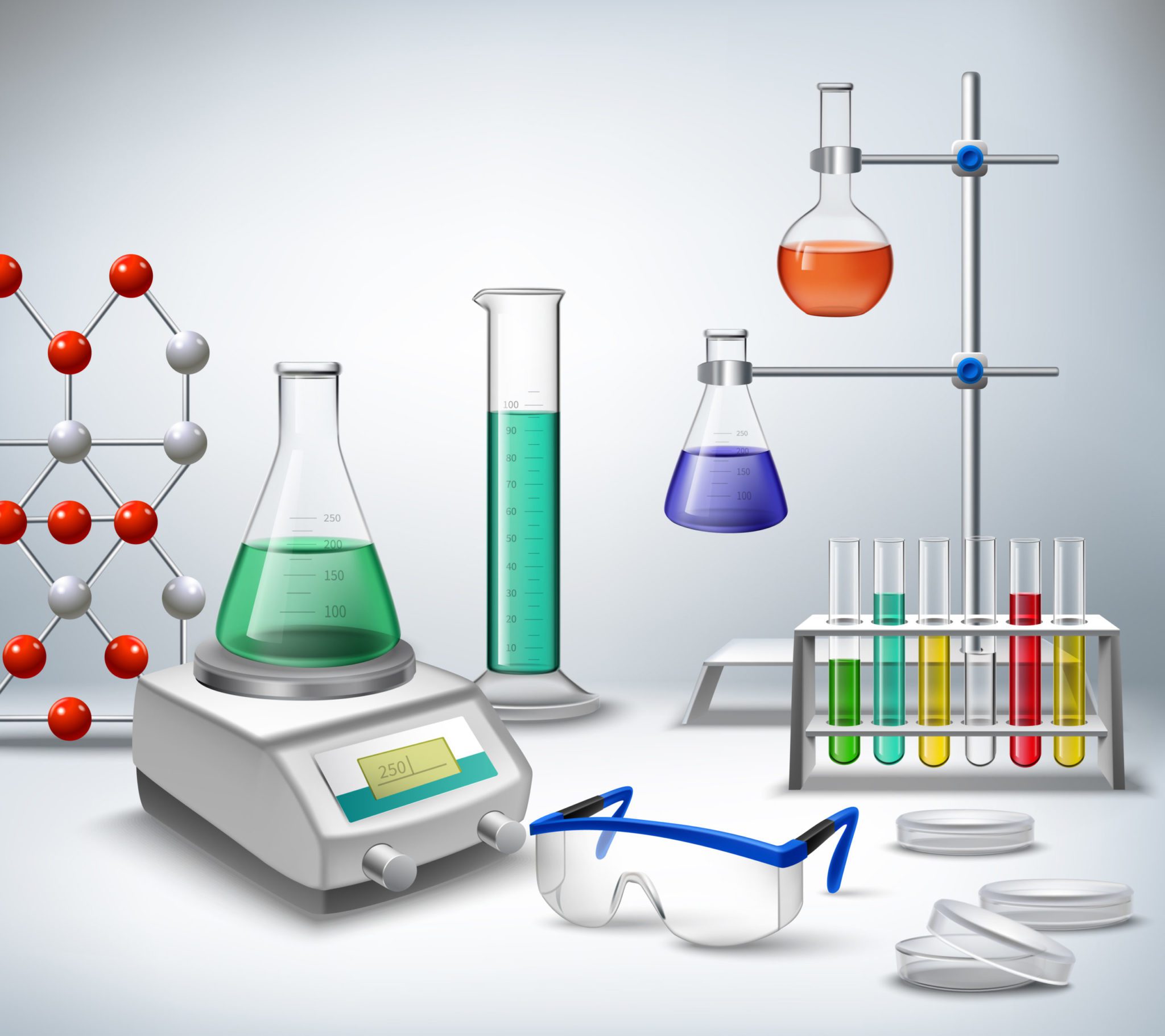 Amino acids are essential to life because the proteins they form are involved in virtually all cell functions.

Cholesterol, despite its bad press, is essential to cell development and the production of certain hormones – including vitamin D, and substances such as fat-dissolving bile acids. 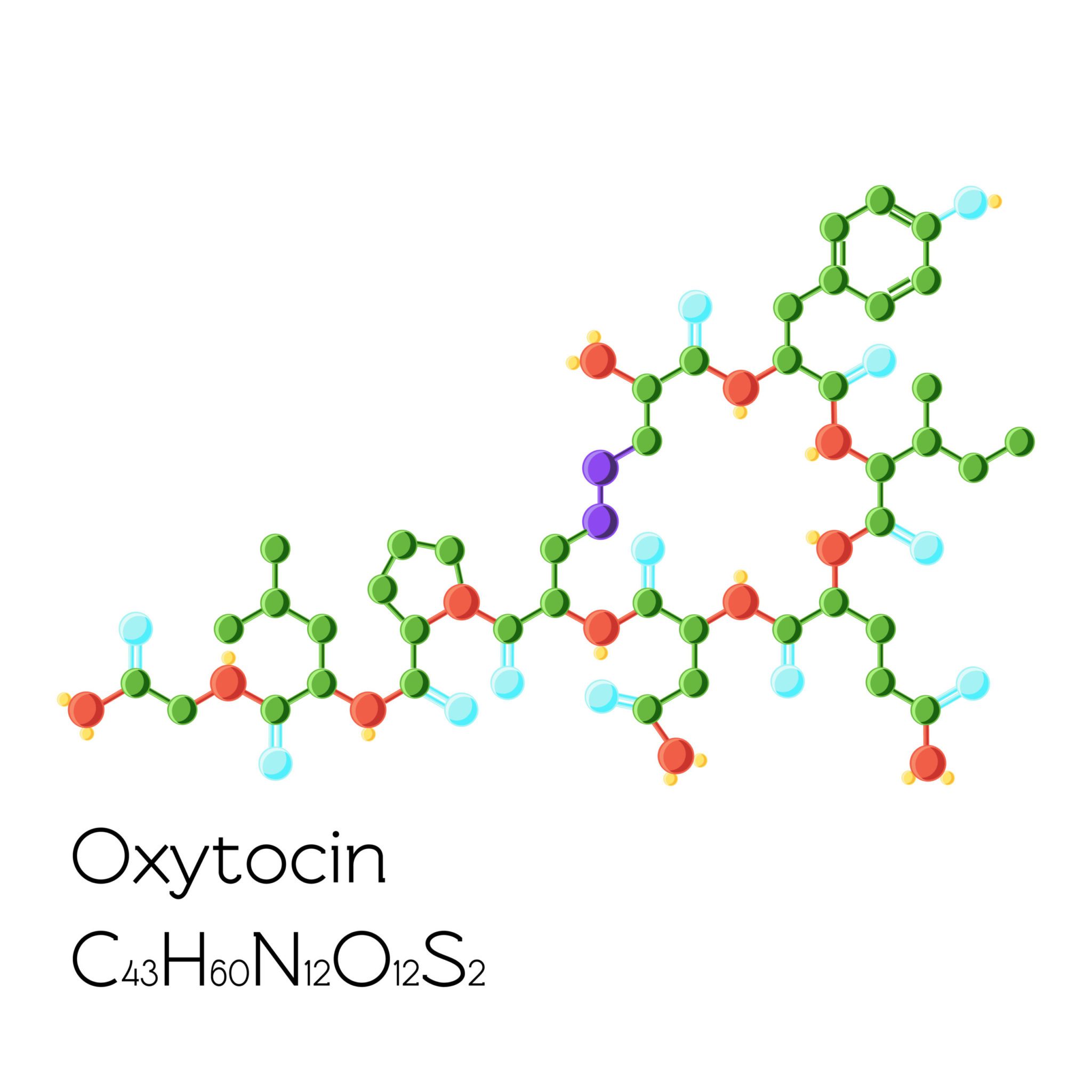 Most hormones are made from amino acids – molecules known as peptides. Multiple peptides together form proteins.

Insulin is a protein hormone. Oxytocin is a peptide hormone. 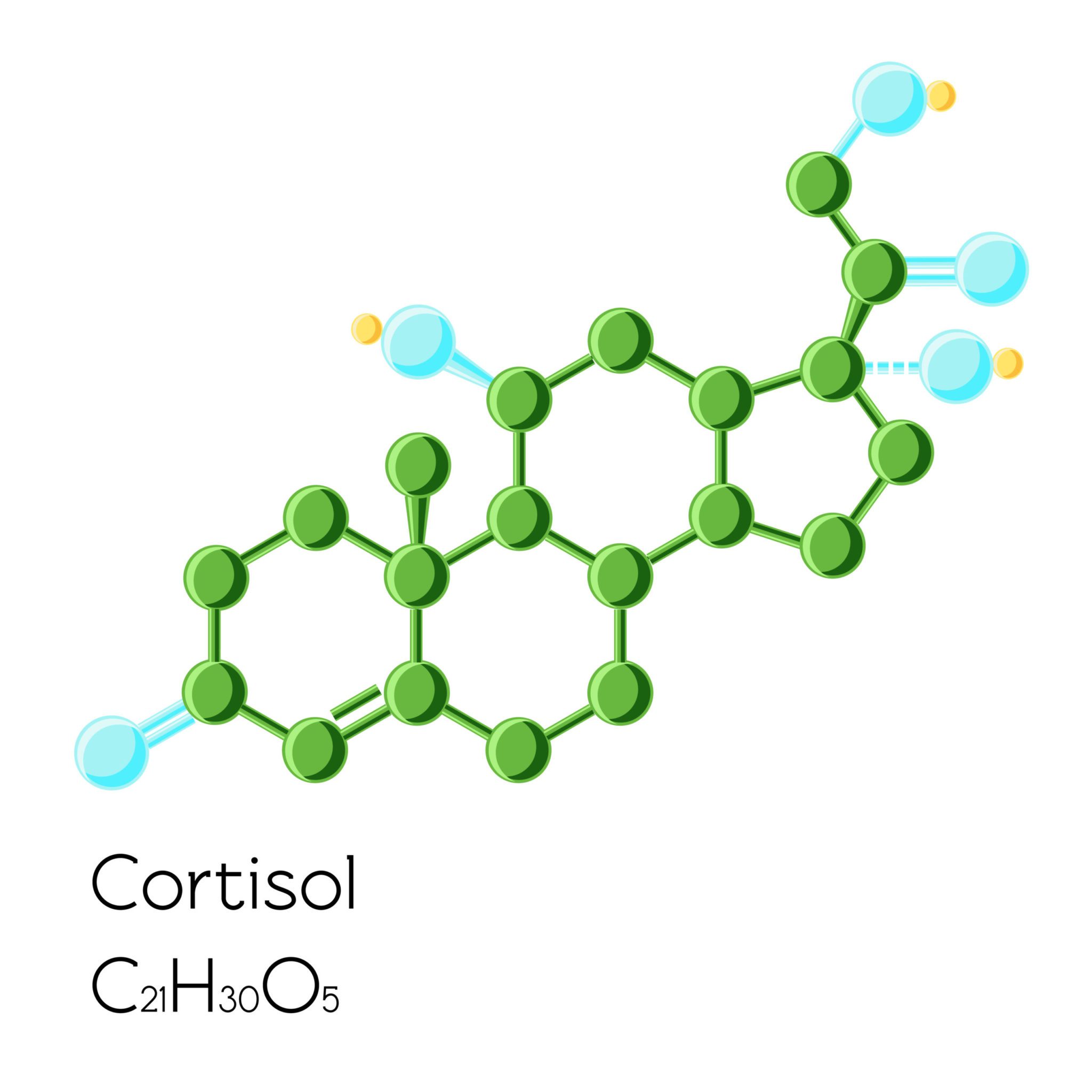 Some hormones are made from fat (lipids) – mainly cholesterol.

Cortisol is a steroid hormone. 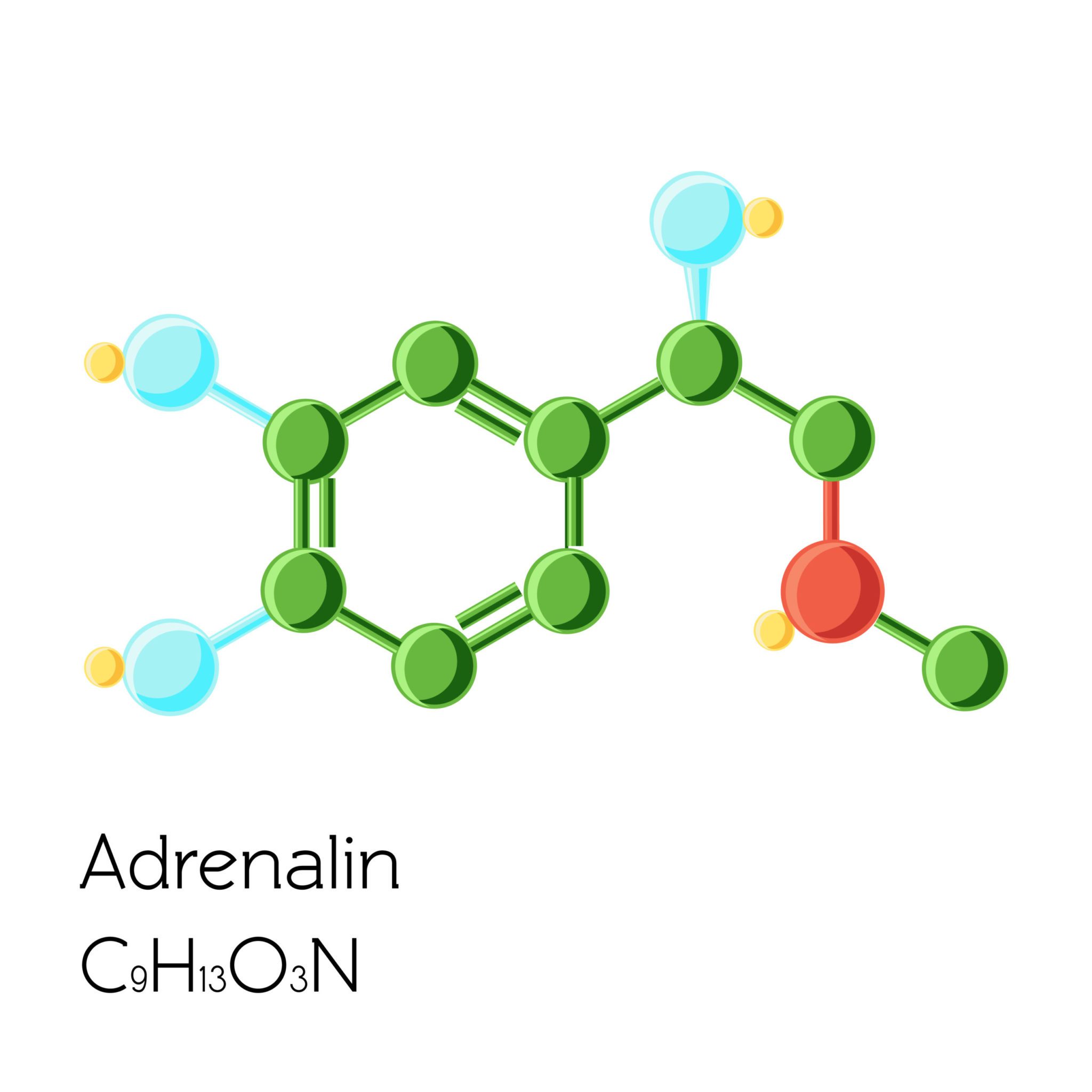 – made from or utilising amino-acids or lipids

Amino-acid derivatives include thyroid hormones, catecholamines – which include Epinephrine (Adrenaline) and Norepinephrine (Noradrenaline), Histadine – which converts to Histamine, Tryptophan – which gives us Serotonin and Melatonin.

So, technically speaking, these bio-active substances – that have the ability to influence body functions and processes to maintain health – though mostly called hormones, may also be referred to as peptides or catecholamines.

The type of hormone (or ‘bioactive’) neuroendocrine cells release can depend on what part of the body they are in, for example:

or the action that is needed, for example :

Here is a list of hormones that may be produced by the body – and their normal function.

Hormone control is usually regulated by negative feedback: so may be due to response to changes in fluids such as blood:

For example : When blood sugar level rises, insulin is released to reduce it and when the level has normalised, a message is received back to stop producing insulin.

or triggered by the actions of another hormone.

However, hormone release may also be as a result of a message from the nervous system – e.g. to prepare the body for the ‘fight or flight’ response in times of stress – where Adrenaline is released.

In this instance control is not due to negative feedback – that is, a particular level in the blood – it is controlled by stimulus to ‘stress’ / ‘sudden or vigorous activity’.

For example; when blood sugar rise, insulin is released. This sends a signal to the liver, muscles and other cells to store the excess glucose : as body fat and/or as glycogen. This reduces circulating blood sugar and when levels have normalised, a message is received back to stop producing insulin.

Hormone release in response to changes in fluids such as blood is termed humoral stimuli.

Hormonal stimuli refers to the release of a hormone in response to another hormone.

Neural stimuli refers to hormone release as a result of a message from the nervous system – e.g. fight or flight. nb Adrenaline is not controlled by negative feedback.

When neuroendocrine cells become cancerous – there is a risk of excessive or ectopic secretion of hormones.

N.B. Less than half of all Neuroendocrine Cancers are associated with abnormal hormone release.

Ectopic secretion refers to the secretion of hormones by cells that do not normally produce and/or secrete the particular hormone, for example:

a list of hormones and some of their related symptoms/syndromes 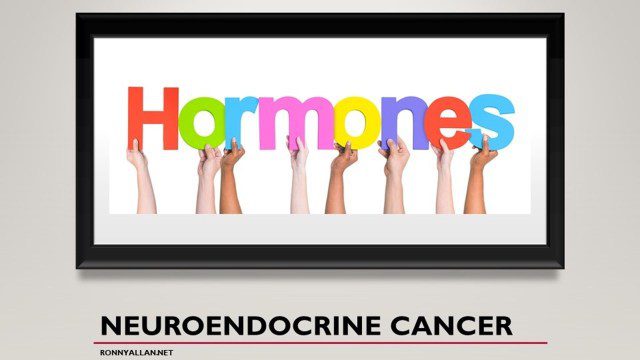 Hormonal imbalances are quite common in many conditions including day to day stuff. With Neuroendocrine Cancer, it can be a real challenge both at diagnostic and maintenance phases. In addition to the cancer angle, there’s some strange stuff going on, inexplicable, frightening for the patient, an unwanted ingredient causing chaos!